Master Orders Insurer to Produce Its Schedule B Documents 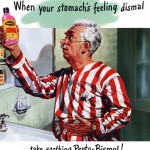 Back in January, we posted a commentary about the Divisional Court’s decision in Smith v. London Life. The case dealt with production of an insurer’s file in a first party claim that was based on allegations of bad faith on the part of the insurer. The Divisional Court in Smith reversed the ruling of the motions judge, who had found that because the insurer had pleaded in its statement of defence, that it had acted in good faith, it had placed its state of mind in issue, thereby waiving privilege. The motions judge had ordered the insurer to produce its entire file but the Divisional Court disagreed. However, the appeal decision did hold that, on a prima facie showing of misconduct, a plaintiff could be given access to documents over which an insurer had asserted a claim of privilege. We wondered then just how such an inquiry would be conducted; would the prima facie showing of misconduct sufficient to overcome privilege come from the court’s review of the documents themselves? If so, how would the parties make submissions about the significance of those documents without losing the very confidentiality sought to be protected?

We now know a bit more. And the news isn’t good for insurers. In Mamaca v. Coseco Insurance Company, Master Dash applied the Smith case in ordering an insurer to produce many documents for which it had claimed litigation privilege. But the Master’s decision was much further-reaching. It dealt with such issues as when litigation privilege arises, what evidence must be proffered to substantiate a claim for privilege and when litigation will be considered to be the dominant purpose for which a document was prepared. All in all, a decision that will have insurance companies reaching for a big bottle of Pepto-Bismol…

In this accident benefits case, the insurer (Coseco Insurance Company) had originally believed that the car accident leading to the claim for benefits had been staged. Coseco had obtained an engineering opinion on this issue, leading it to deny benefits to its insured on the ground of material misrepresentation. It later relented and accepted that the accident had been entirely caused by an unidentified driver. However, Coseco continued to deny income benefits to the insured, for a variety of reasons. For example, it relied on an independent medical opinion, that the plaintiff could return to work. It also took the position that the plaintiff had failed to produce satisfactory evidence of his income from employment. Ultimately, the plaintiff’s solicitor applied for mediation with FSCO and simultaneously, commenced a lawsuit for unpaid benefits and damages for bad faith.

Examinations for discovery were held. Counsel for Coseco claimed privilege on a number of documents and refused to permit the insurer’s witness at the examination to answer various questions. On the ensuing motion before Master Dash, counsel for the plaintiff sought production of the insurer’s entire claims file and an order requiring that the discovery questions be answered. Coseco claimed that the disputed documents were protected by litigation privilege.

(a) At what date was there a reasonable anticipation of litigation?

(b) Were documents prepared after that date for the dominant purpose of claims assessment or of defending the litigation?

(c) Notwithstanding the answers to (a) and (b) is there prima facie evidence of bad faith such that the insurer is prohibited from hiding behind the cloak of litigation privilege?

(d) Notwithstanding the existence of litigation privilege, has that privilege been waived with respect to documents submitted to and from FSCO? [Sic. This is a typo in the reasons. “FSCO” should read, “ICPB” (“Insurance Crime Prevention Bureau”).]

With respect to the first question, FSCO arbitrators have generally held that there is a reasonable prospect of litigation at the time that mediation is requested. However, Master Dash did not agree. He said, “a request for mediation at FSCO is an attempt to resolve a dispute, even if mediation is also a statutory pre-condition to commencing litigation, and not necessarily a procedure taken in contemplation of litigation”.

Throughout his reasons, the Master laid considerable emphasis on the insurer’s evidentiary burden, to establish a claim for privilege by adducing evidence that the dominant purpose for which each document had been prepared, was anticipated or pending litigation: “The onus is on the insurer to provide proper evidence as [to] the dominant purpose [for which] each such document was created.” [Emphasis added]

In this case, the Master held that Coseco had fallen far short of meeting its onus of proof. It had filed no affidavit from any claims handler at the company as to the date on which the company had anticipated litigation, nor the purpose for which the disputed documents had been prepared. The affidavit evidence had come, instead, from a law clerk employed by Coseco’s solicitors. The insurer’s evidence left the Master very unimpressed. The law clerk’s affidavit had suggested a number of possible dates by which litigation had reasonably been anticipated by Coseco; the Master rejected one after the other until he got to the date on which counsel for the plaintiff had expressly threatened litigation. This, the Master agreed, was sufficient to create a reasonable apprehension on the part of the insurer, that it would face litigation.

But, as the Master noted, that was not the end of the inquiry. Once it had been established that litigation could reasonably be anticipated by a particular date, it was still incumbent on Coseco to prove that the dominant purpose for which each document had been created was that anticipated litigation. Again, the insurer’s evidence was found wanting. The Master found that all documents in the insurer’s file up to the date of issuance of the statement of claim had been for the dominant purpose of fact investigation, not litigation. Result: not privileged.

The Master confirmed his opinion by looking at the documents themselves. He concluded that all of them had been prepared primarily for the purpose of claim assessment. All but one of the documents listed in Schedule B of Coseco’s affidavit of documents preceded the issuance of the statement of claim. The Master ordered that all of them had to be produced, subject to having the right to redact reserve information. (In imposing this qualification, the Master was following well-established authority, that reserve information is not relevant except in exceptional circumstances.)

Things got even worse for Conseco in the decision and we’ll get to that in a minute. But we pause here to reflect on the idea that a party must lead evidence to establish that individual documents are, in fact, privileged. The caselaw says that the affidavit of documents should disclose enough information about a document for which privilege is claimed that it is possible to determine, from the description itself, whether the claim for privilege is well-founded. In what circumstances must a party go further and file affidavit evidence? In response to a motion by an opposing party? If so, are there any controls on such motions?

And once the party (an insurer or any other) delivers affidavit evidence, attesting to the reason for and the circumstances in which a document was prepared, doesn’t that party risk being found to have waived privilege by having placed its state of mind in issue?

Back to the Master’s decision. Having found that the documents in Schedule B of Coseco’s affidavit of documents were not protected by litigation privilege, he turned to a consideration of Smith v. London Life. He examined Conseco’s privileged documents to determine whether they provided prima facie evidence of bad faith by the insurer. He found that they did. (In the course of his reasons, he made some critical comments about the insurer’s conduct that the documents revealed, but deliberately made those comments vague, because of the possibility of an appeal.) This was another reason, said the Master, for requiring that the documents be produced.

The reasons do not indicate how, if at all, the parties were able to make submissions about whether or not the documents inspected by the Master did provide prima facie evidence of actionable misconduct.

He considered whether, if he had been wrong to make this finding, the documents might nevertheless be producible on the basis of the decision of Madam Justice Wilson in the 1998 case of Supercom of California Ltd. v. Sovereign General Insurance Co. In that case, an insurer which had sent copies of privileged reports to ICPB was found to have waived the privilege by disclosing the documents to a third party. However, the Master felt that this case was different from Supercom in that here, the reports had been authored by ICPB personnel while in Supercom, the reports were simply sent to ICPB. So if the claim for privilege was valid (as he had found it not to have been), it had not been waived.

Master Dash’s ruling is likely to lead to more production motions, particularly in insurance litigation. It seems to us though, that the rules governing such motions are still in a state of flux.

This entry was posted in Discovery, Insurance News, Practice and Procedure, Privilege. Bookmark the permalink.